by A Victim Of Society 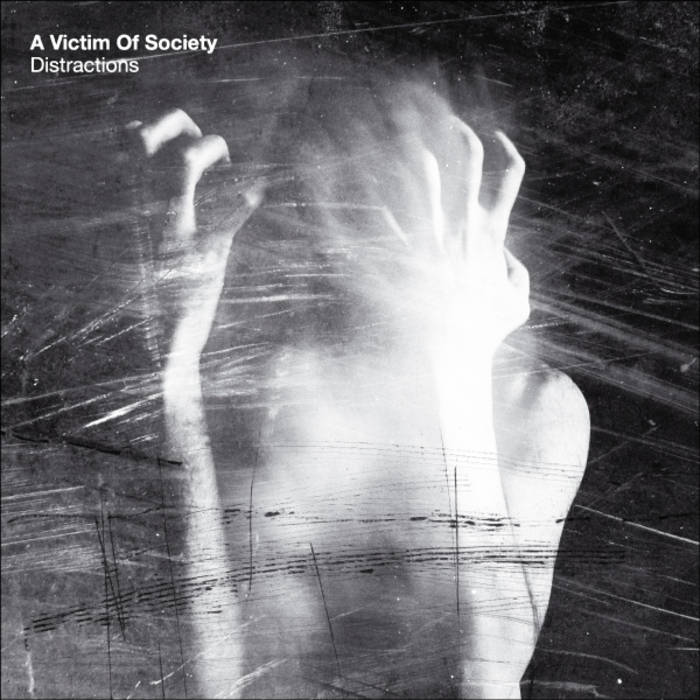 Charon66 Brilliant lo-fi psychedelic grooves. An iconic landmark for the genre from lo-fi to indie, only favorites on this album, but to mention one Favorite track: Enough Said.

Having impressed us over the past nearly three years with their excellent first releases and their explosive concerts, it is now time to get our hands on the first complete work of A Victim Of Society. And its name is ''Distractions''.

Vagelis Makris and Fotis Ntouskas, in other words the two members of the band, manage to fit in their music the best moments of the bands that made us love rock n 'roll and at the same time to create a completely personal sound. Dark, dirty, neurotic, yet addictive, ''Distractions'' steps on the best music of the past but still sounds as fresh and contemporary, as few of its genre. Haunting guitars and loops that produce waves of rhythmic noise accompany the spunky vocals to create the perfect soundtrack for a nightmarish post-urban landscape. Recorded at Sonic Playground Studios by Nikos Triantafyllou and mastered by Jamal Ruhe at West West Side Music Studio in New York, ''Distractions'' has all the makings to be a landmark album of the greek alternative scene.

''Distractions'' is out on vinyl including bonus cd and digital album from Inner Ear.

A Victim Of Society Athens, Greece

A Victim Of Society is a lo-fi project, formed in 2011 by Vagelis Makris (vocals, guitars) and Fotis Ntouskas in Athens, Greece.In 2015 Pantelis Karasevdas (drums) joined the band. Their first release was a DIY limited edition 6 track cassette. Their debut album “Distractions” was released via Inner Ear in April 2014. ... more

Bandcamp Daily  your guide to the world of Bandcamp